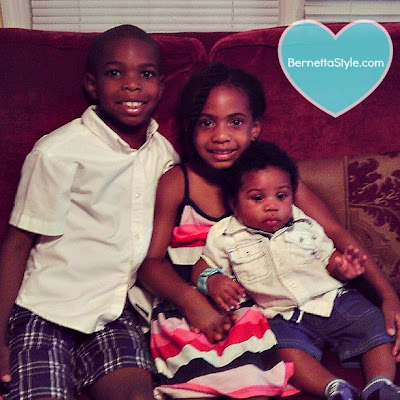 This weekend was a loooong one! But I am not complaining because I had a 4 day weekend. The picture above are my children on the 4th of July, which is also my oldest son birthday! My big boy is 8 now! Wow-o-wow!! So for us, the 4th is always about him. Except next year, mama is going to the Essence Festival!! I have already told them!
On the 4th this year, it rained here in Atlanta so NO FIREWORKS, that sucked!! We did take him to the movies to see Monsters University and he gave it two thumbs up. I asked my children what did they learn from the movie and they told me “Be honest and don’t give up!” Did you see it?
He doesn’t get a party every year but he did this year – at Sky Zone! 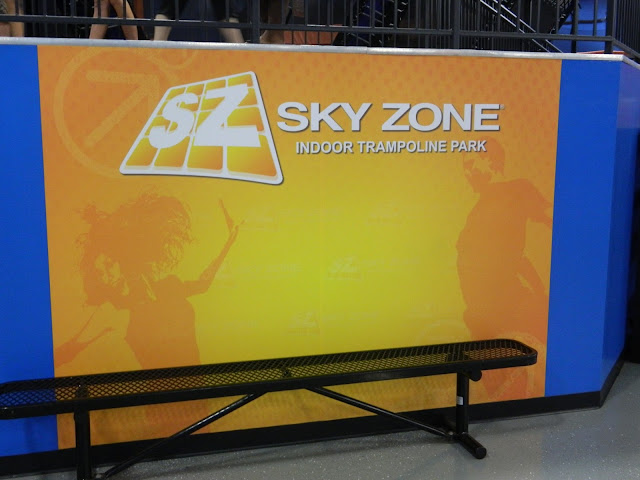 Its an indoor trampoline park for children and adults. We’ve never been before but had heard only good things. My son wanted his party there so we bought a small 10 kid birthday package and let him pick his guest. 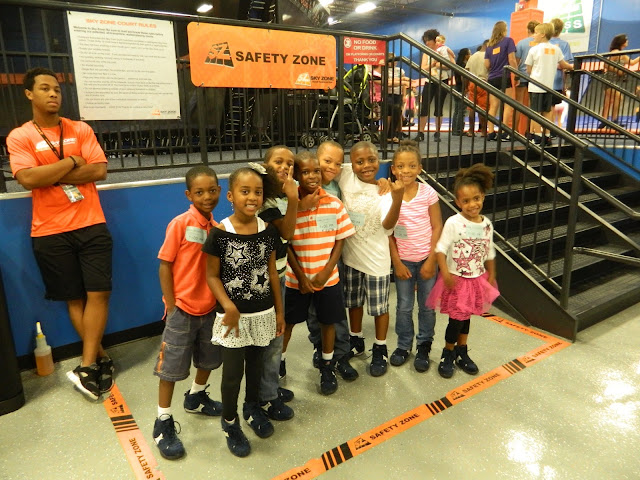 ﻿
My son and his friends had so much fun! They did not want to get off. They have a few different jumping areas to play on which gives you a variety to choose from. For example, they have a space where you jump into a pit full of blue soft squares. They have three dodge ball jumping spaces (which range in ages), a basketball jump  space where you try to jump and dunk, then just a huge open jump area. You can even jump off the walls!
Here is a video of my son trying to make a basket! He did pretty good! 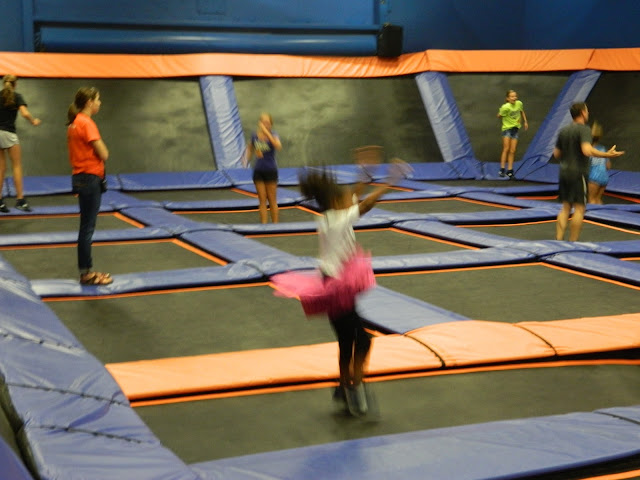 Its hard to get a still shot while everyone was jumping! That’s my daughter.
If you look beyond her, you will see they have trampolines on the walls! 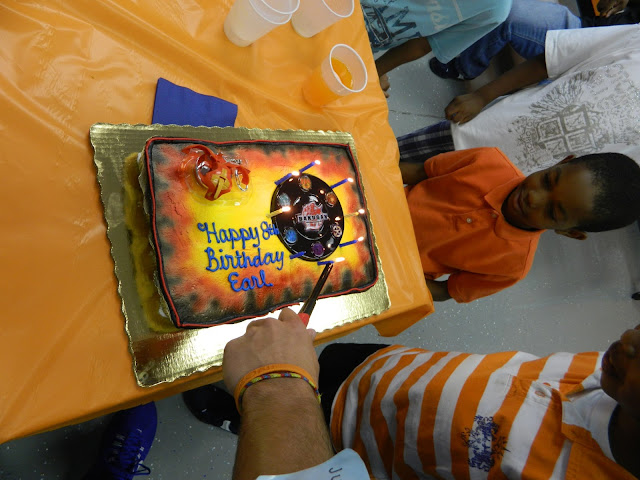 We bought a Publix Bakugan Cupcake Cake (half vanilla / chocolate). It was a hit.
Party, check! Fun, double check!
These kids didn’t want to leave!
Also, this weekend we had a live in babysitter! Yep, my grandmother came to town for my son’s birthday party. And she allowed me and the hubster to go out a couple of nights. So what did us cool kids do > The movies! We went to see Kevin Hart’s new film, Let Me Explain. It was very funny! Not gut busting, but funny! Then Saturday night, we went with friends to see White House Down. We all left the movie talking about it. It was action packed, great funny parts and it tugged at your heart all at the same time!
And now – It’s Monday, back at work. My newborn (well he isn’t so new anymore) slept good Thursday, Friday and Saturday (he still woke up but only once). He picked last night to want to be up and make a fuss. I got one hour sleep last night and to work LATE!
But – gotta love the kids!!
How was your holiday? Motherhood Monday: What do you miss most during pregnancy?