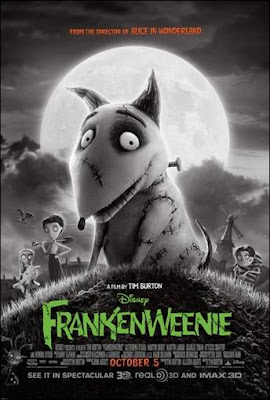 Wednesday evening my children and I had the pleasure of attending a Disney Prescreening of Frankenweenie! The event was held at Studio Movie Grill off of Holcomb Bridge Rd. My son had recently seen a preview of this movie and had already put me on notice that he wanted to see this film, so when the chance came for us to preview it – it was right on time.

Upon arriving at the theater we were greeted by Mr. Frankeenweenie himself! 😉 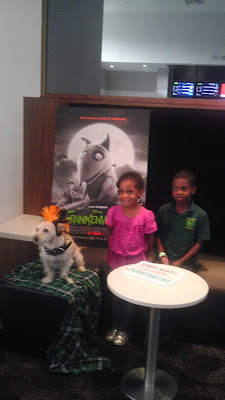 The kids were able to take a cute shot with the dog and make Halloween projects while waiting on the movie to start. I had no expectations of the movie and knew very little about the story line. I was pleasantly surprised. The movie was about the love a child (or an adult) has for their pet. You would think because it’s a Halloween movie that it was going to be dark and grim, but it was just the opposite. The entire movie was in black and white which gave it a new look for a childrens movie. All the characters looked different, although most were scary, that was the fun of it. The movie had my children’s attention from the beginning. 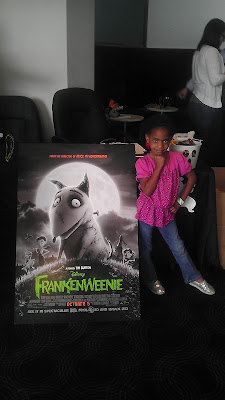 While driving in the car I asked them what did they like and not like about the movie?
E: I liked that he brought his dog back to life.
E: I didn’t like that his dog died and those kids broke into his house!

B: I like that he brought his dog back to life.
B: I didn’t like that his dog died either, Mommy.

The kids had more to say BUT if I tell you more, I would be telling the movie. And it’s about more than a dog, but about trust, friendship, and passion about what you do. It’s a nice children’s movie with a good message. 2 Thumbs up!

﻿﻿
From creative genius Tim Burton (“Alice in Wonderland,” The Nightmare Before Christmas”) comes “Frankenweenie,” a heartwarming tale about a boy and his dog. After unexpectedly losing his beloved dog Sparky, young Victor harnesses the power of science to bring his best friend back to life—with just a few minor adjustments. He tries to hide his home-sewn creation, but when Sparky gets out, Victor’s fellow students, teachers and the entire town all learn that getting a new “leash on life” can be monstrous.
A stop-motion animated film, “Frankenweenie” was filmed in black and white and rendered in 3D, which elevates the classic style to a whole new experience. 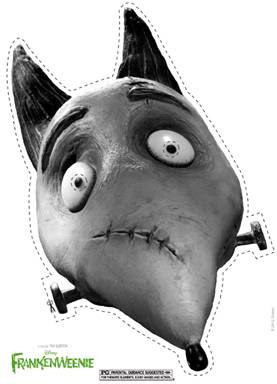 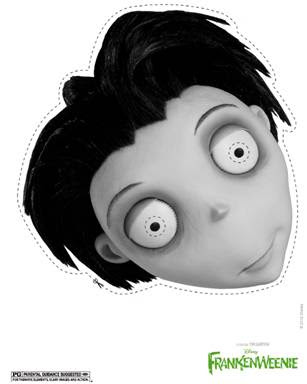 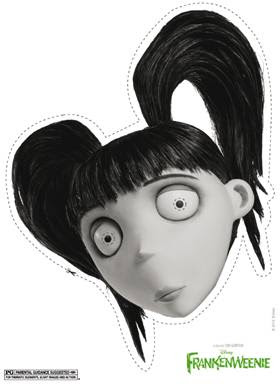 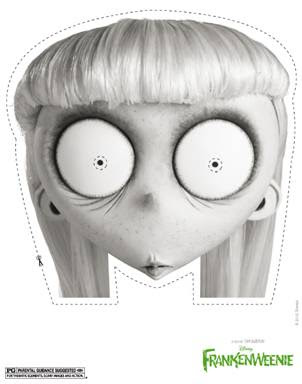