Disney on Ice Presents Rockin’ Ever After Atlanta with Coupon Code

Disney on Ice Presents Rockin’ Ever After Coming to Atlanta, October 10-14 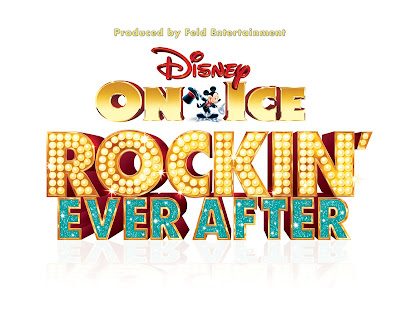 Have you ever been to a Disney on Ice show? I haven’t and I can’t wait to experience it. Disney is bringing out all the stops between October 10th-14th at Phillips arena and I can’t wait to see my children’s faces! I have always wanted to see a show on ice but for whatever reason just never got an opportunity. Well being that my children are true Disney fans (that is the first channel my daughter turns on in the morning) this event will have them smiling all day. Lucky for you, I have a deal for you if you want to join us!!

Tickets range from $14-$75 but if you use the offer code: GASSOUTH at Ticketmaster you will get 20% off! You know I love to share a great deal!

ATLANTA
Get ready to rock out with some of the most magical idols of all in Disney On Ice presents Rockin’ Ever After, an all-new live production coming to Atlanta! A cast of world-class skaters brings your favorite moments from Disney•Pixar’s BRAVE, Tangled, The Little Mermaid and Beauty and the Beast to life in a musical showcase that features the hottest tunes and talent from across the kingdom.

Highlights of the show include:
• Jam to a Scottish jig as a group of royal contenders from the latest Disney•Pixar film, BRAVE, competes to win the heart of adventurous, sharp-shooting Merida, making her on-ice debut!

• Experience a show-stopping performance as Sebastian breaks out of his shell for one night only to make waves with Ariel.

• A chorus of harmless hooligans from Tangled unleashes musical mayhem when they get a visit from the sassy and spirited Rapunzel and her charming ally, Flynn.

• Get your feet moving as the Beast and his castle’s enchanted entourage take center stage in a spectacular show for Belle. I Found A Lump in my Breast

Super Why Live was a blast! My Review