Think Like A Man was FUUUNNY!! (My experience at the movies!) 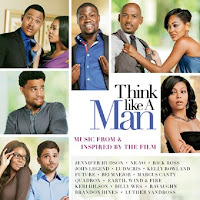 Funny! Funny! Funny! I really wanted to go see this movie for FREE (LOL!!) and was able to get passes from GOFOBO.com but didn’t RSVP in time and lost my opportunity….Well thank God for Facebook and Twitter because I put a blast out asking anyone for tickets and Whalaaa, Baby Shopaholic came through. She gave me her passes because she could not attend.

The event was sponsored by Rolling Out Magazine &  #1 radio station here in Atlanta, V103, (hosted by the new 10a-2p VJ Egypt.) She was a blast to be around and lit up the room. Before the movie started, she picked 8 guys and 8 women out of crowd to play a game – you know I was chosen right!! So I went down to the front of the theatre and was asked a question about the Human Highlight! Who is that? Well, I learned very quickly from the yelling crowd that Dominique Wilkins is still the man here in Atlanta! Well I am a Chi-towns Finest, so ask me something about #23! I won a T-shirt and a Kevin Hart talking key chain.

Now for the movie…..Honestly, I didn’t want to go see this movie. When I watched the trailer months ago, I was like errrrummm I’ll pass. I didn’t read the book either. As the opening date became closer, so did my interest in the movie. I wanted to see what the hype was all about so my husband and I made it a date night. From beginning to end, we laughed, laughed and laughed. The movie was not only funny buy very interesting. Of course Steve Harvey made appearances throughout the movie, but the story lines that revolved around the book were well written. When the movie first starts, you see so many cast members that you wonder how is everyone going to get their story out fully – but it works. You get so involved in every character. I found myself routing for the women, while my husband told me later that the movie exposed all (not all but many) of men’s secrets & insecurities. He said it seems the movie was made for women, and I reminded him that the BOOK was written for women! 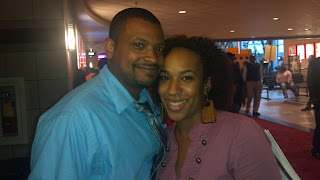 There are so many other actors and artist in the movie that do little pop-ups it will make your head spin. You are always saying… What, there is Kelly Rolland! Wait! Is that Lala Anthony! Hold up, is that Nephew Tommy (Steve Harvey Morning show) and so many more.

I would like to say that Terrance J really surprised me in a good way. Terrance J is a VJ on BET’s 106 & Park and this is his first starring role. A friend of mine really didn’t think he needed to be in the movie because it might have been a challenge since he hasn’t did anything to this magnitude before. I will say, he did a great job. His delivery, his facial expressions and emotional cues were all on. Whether he used an acting coach or has just been working on his craft – he did a good job.

I am not going to do an entire cast review but if you are a Kevin Hart fan, he does not disappoint at all. He actually carries the movie. It’s like when you see him in a scene, you know you are going to laugh! It was good to look over and see my husband cracking up. Kevin plays a man going through a divorce and you will never believe who he is married too!

One last thing, Michael Ealy! OMG! #enoughsaid
The chemistry between him and Taraji P. Henson is OMG! It’s a point in the movie that you just want to smack her though!!

Final thought – I loved it. I would see it again. I would recommended it. It was a funny movie and even though it’s a primarily African American cast it is not an African American movie. The points brought out in the movie make you think about how you are dating and maybe even re-evaluate how you approach it. I was telling my husband, that after seeing this it made me appreciate already being married. Dating is a game on both parts whether you want to admit it or not and this movie just give tips on how women can do it effectively. What it boils down to is STANDARDS! Women need to have more standards and understand they have the power but they give it up (the power) so easily and lower the standard (or show none) altogether!

Come back and share your thoughts when you see it! We’ll chit chat!! 10 Features on the Ford Platinum 2015 Expedition I Love