Whitney Houston (The Voice) will be missed. 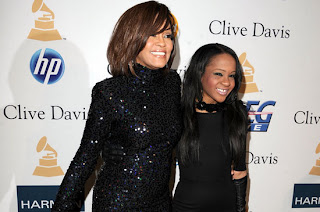 There I am, cleaning up my daughters room and my husband says, “Guess what? My friend just called and said Whitney Houston has died!” I shook my head and thought, people need to stop with all these rumors. But something still didn’t feel right, so I went to my phone and got on the news app (Facebook). And my husband was right, everyone’s status was talking about Whitney Houston. I immediately turned on CNN and they were also talking about it.

I was frozen for a minute. I didn’t know her personally but I her songs knew me. Her songs got me through relationships, issues, problems and more. Many of her songs are on the soundtrack of my life. I didn’t know her but I did know her. Again, I was frozen. It was Michael Jackson all over again. The rest of the night, I really moved around the house in slow motion. CNN & MTV started playing her videos and I started singing with them and dancing all around my living room with memories flooding back of when I first heard those songs. It’s amazing how when you hear a song that has really played a major part in your life – you can remember where you were when you first heard it or what you were going through in that time in your life!
Whitney Houston was “The Voice” and I am glad God allowed her to use her gift. I look forward to seeing her last on screen roll this coming August in the remake of Sparkle (in which she was Executive Producer). I hear she did get to see the rough cut. One thing that lays heavy on my heart is Bobbi Christina & Cissy Houston. We lost a living legend, but they lost a mother and a daughter. And it’s never easy to lose either one. I will pray that these two ladies are comforted like only God can comfort and ask you do the same. This is going to be a hard road for her daughter and she is really going to need emotional support.
As I end this post, all I can say is give people their flowers while they are living. You never know when it will be the last time you see someone, hug someone, laugh with someone. Life is truly a gift – so let’s not take it for granted.
BernettaStyle