October is National Breast Cancer Month. Have you had a mammogram this year? Have you had one last year or the last 5 years. I am under 40 but I did have one last year because I felt a lump. I also have had this lump for 9+ years with no symptoms, so I was pretty sure it wasn’t serious. I really wanted a Mammogram to be 100% and have peace. I am thankful that it was just a lymph node. 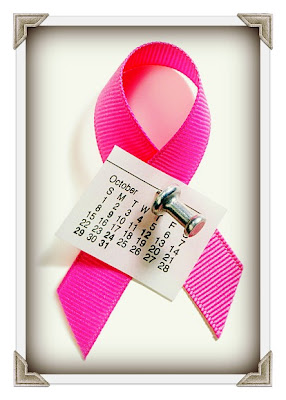 I am grateful that I never stop inquiring about the lump, even when the doctor said it’s probably nothing. It was something to me and finally after so many years, I had my first mammogram. It wasn’t as bad or as uncomfortable as everyone made it seem. When I have to do something for my health, I just suck it up and do what needs to be done. Many doctors don’t push for women to get mammograms before 40 but so many women are getting breast cancer before 40, that I am not sure why that law or requirement has not been updated.

While researching Breast Cancer, I have learned that Breast cancer is the most commonly diagnosed cancer and second most common cause of cancer deaths among black women. At the time of diagnosis, blacks more often present with a higher stage of cancer. Although the death rate for breast cancer has declined over the past 20 years, the rate of decline has been slower for blacks. Black women are 1.4 times more likely to die from breast cancer than white women. Compared to whites, blacks have a lower rate of cancer survival for each stage of breast cancer at diagnosis. These differences have been partially explained by differences in types of tumors and access to treatment services.
Source

Breast Cancer Signs & Symptoms
The signs and symptoms of breast cancer include:

These changes may be found during a breast self-exam.
Medical organizations don’t agree on the recommendation for breast self-exams, which is an option for women starting in their 20s. Doctors should discuss the benefits and limitations of breast self-exam with their patients.

Ladies, please get check! It could save your lives!

Also, it’s a pleasure meeting all the BLOGGER Ladies (BLM) on our First BLOG HOP!

Visit the Georgia Aquarium for FREE!! #PersonalShopper Opportunites With Sears and Kmart